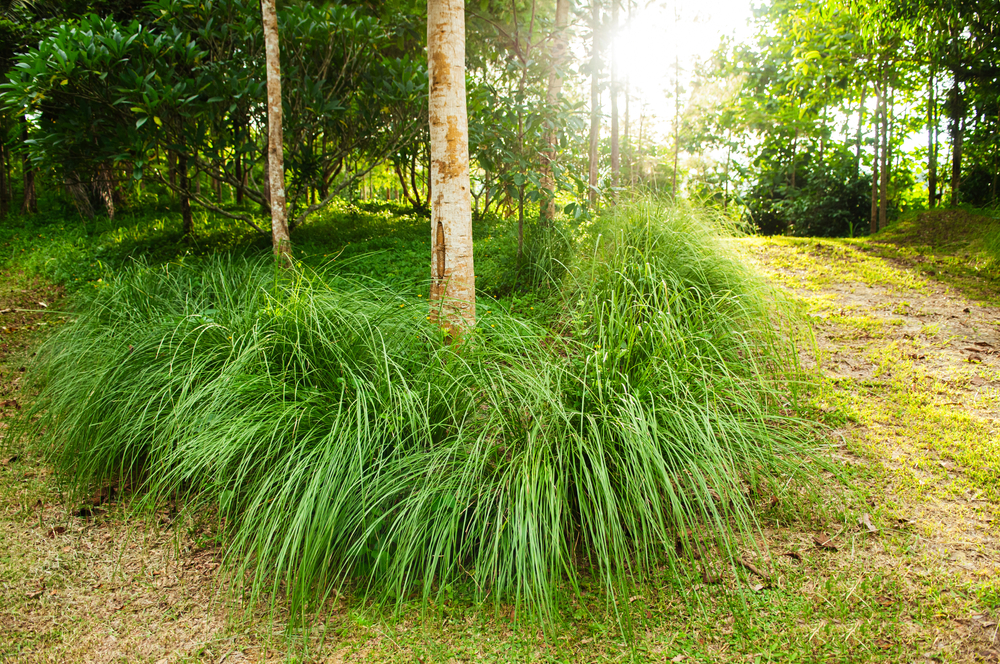 Vetiver is a coveted raw material in the world of fragrances. It gives green, woody and earthy notes to a perfumer’s composition. Its scent is so rich and unique that it is almost a perfume in itself. Traditionally, it was used in perfumery for men’s fragrances, but nowadays perfume houses like Annick Goutal or L’Artisan Parfumeur also use it in their formulas for unisex and women’s fragrances.

Native to southern India, vetiver grows in humid areas with tropical or subtropical climates. It takes a minimum of 12 months to cultivate. Today, the biggest producer of vetiver is Haiti. Just like with iris, the oil used in perfumery comes from the roots of the plant. About one ton of vetiver root is needed to obtain ten kilos of essential oil.

What is fascinating about the vetiver plant is that it can be used in its entirety for all sorts of different purposes. Apart from using its roots to extract essential oil, its leaves can be used to make roofs, curtains, mats and even accessories such as bags and purses. This makes it a very profitable crop.

Vetiver is not only valued for its fragrance; its essential oil includes compounds with fixative properties that are also used in perfumery. What is more, its aromatic qualities are recognised in the food industry, since vetiver can be used to flavour drinks. In the northern regions of India, it is also used as a syrup to make sodas. It is also often used in natural medicine to treat arthritis, stings, and burns. It is also used to repel insects. Vetiver is commonly used in aromatherapy to treat nervousness, insomnia, and muscle pain.

Moreover, vetiver farming represents a natural way to stop erosion in dry areas. This is because its roots have a high capacity to retain moisture in the soil. As it is not an invasive species and can only grow with human help, it has shown itself to be an effective solution to desertification in arid areas such as southern Spain.

As all this shows, vetiver is one of the most versatile plants used in perfumery: from its leaves to its roots, every part has its benefits. It’s no wonder that many perfumers at Iberchem like it so much.

Did you know that vetiver is used to stop desertification in arid areas such as southern Spain?