Iberchem Around the World – Indonesia 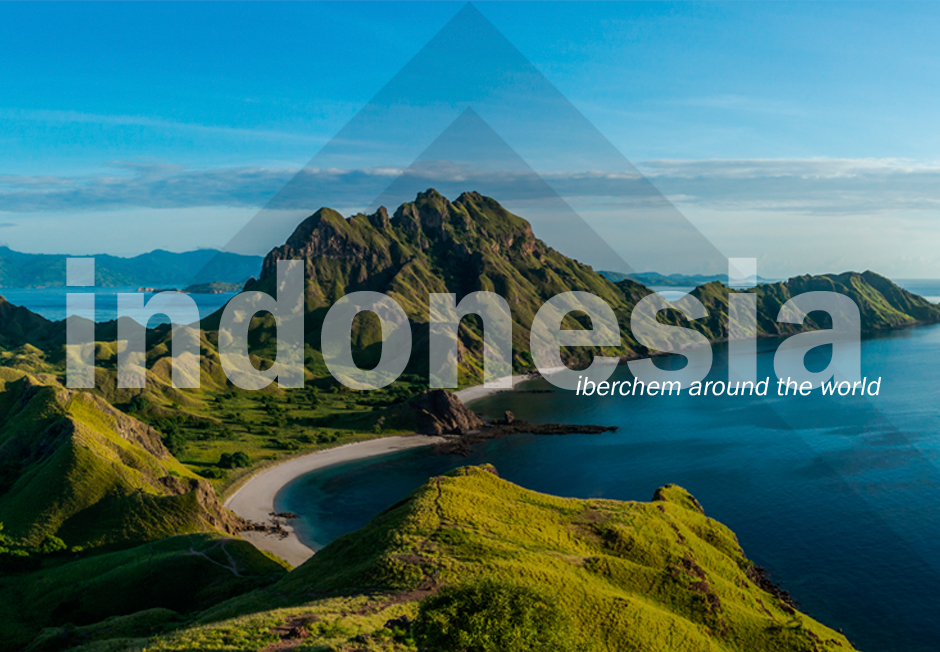 In June, Iberchem is taking you on what is bound to be a memorable trip across Indonesia. Every week, through pictures and interviews, you will be invited to discover this amazing country where Iberchem set foot more than 15 years ago. Stay tuned to meet our local team, explore the country’s natural wonders and discover the importance of fragrances in the culture of the world’s largest archipelago. Before getting started, let’s get to know better this country.

Indonesia at a glance

Indonesia is the fourth most populous country in the world and the biggest economy in South East Asia.  In 2017, its population reached 263 million, of which 87% are Muslims. It is therefore the country with the highest Muslim population in the world. Its capital, Jakarta, is home to over 10 million people. If the suburbs (often referred to as Jabodetabek) are included, this goes up to 30 million people, making it one of the most populous cities in the world.

Indonesia’s geography is unique. The country spreads across three time zones and is formed of more than 17,000 islands. It is by far the world’s biggest archipelago. Thanks to its subtropical climate, Indonesia is rich in natural resources and possesses an extensive tropical rainforest. The country is an important exporter of raw materials, with permanent plantations spreading across more than 12 % of its territory. Of particular interest to the fragrance industry, clove, nutmeg and patchouli represent the three main crops. In fact, an impressive 90% of the world’s patchouli supplies come from Indonesia, and 80% of nutmeg.

Fragrance and beauty market
Indonesia is one of the fastest growing markets for fragrances and beauty. From 2012 to 2017, beauty and personal care sales grew by 80.5%, increasing from IDR 37.288 billion to IDR 67.309 billion. According to a study by Euromonitor, over the same time period, sales of fragrances almost doubled from IDR 2.769 billion to IDR 5.301 billion (an increase of 91.4%).
Over the next 10 to 15 years, Indonesia is expected to become one of the top five markets for cosmetics. Sales of cosmetics and beauty products are expected to increase by at least 10% per year. By 2022, Euromonitor predicts sales of beauty and personal care to have increased by 41.3% (IDR 27.783 billion) and 37.6% (IDR 1.994 billion) respectively.

Halal beauty is becoming an increasingly important category in Indonesia. According to a recent survey, 58% of Indonesian women now prefer to use halal cosmetics. They prioritise halal certification over price, packaging, organic ingredients and other trends. In addition, halal beauty products are expected to gain further prominence over the forecast period as a result of the implementation of the Halal Product Certification Bill (Law No. 34/2014), which stipulates that all products should be halal-certified by 2019. Manufacturers will have to adjust quickly to ensure their existing ingredients and products are compliant in the short term. In the case of Iberchem, we are proud to have been offering our customers “A status” MUI Halal-certified fragrances since September 2017.