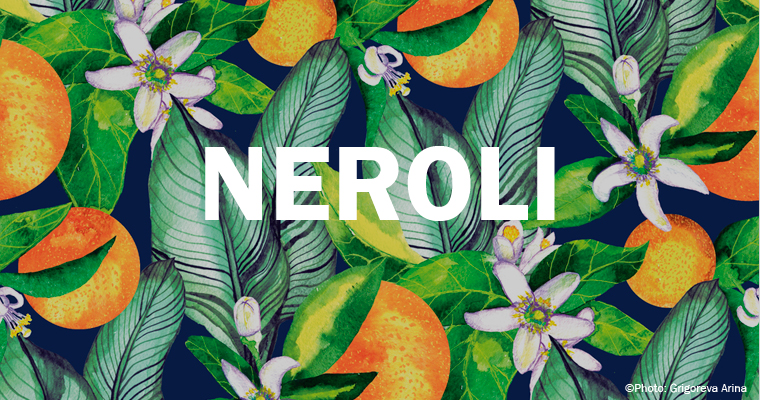 Neroli is one of the most common essential oils in the world of fragrances. It is obtained by steam distillation of bitter orange flowers, which are also used to produce orange blossom absolute. The name Neroli was given in honor of Anne Marie Orsini, Princess of Nerola who used the essential oil to scent her gloves.

After plantation, the first flowers cannot be picked for a minimum of five years. It takes another five years for the tree to be in full production. The bitter-orange trees typically blossom from late April to early May. It takes one ton of flowers to produce one kilogram of essential oil.

Because of its sweet aromatic smell recalling the one of jasmine, neroli is widely used in fragrances for both fine fragrances (perfumes, cologne, eau de toilette, etc.) and functional perfumery (body care, home care, fabric care, etc.). It is also an important ingredient for the flavour industry. Rumour has it that it is actually one of the secret ingredients of the Coca-Cola recipe!

For more information about the influence of neroli on the fragrance market, ask one of our sales representative for a copy of our exclusive market study on this ingredient. To discover fragrances that include neroli among their ingredients, click here.