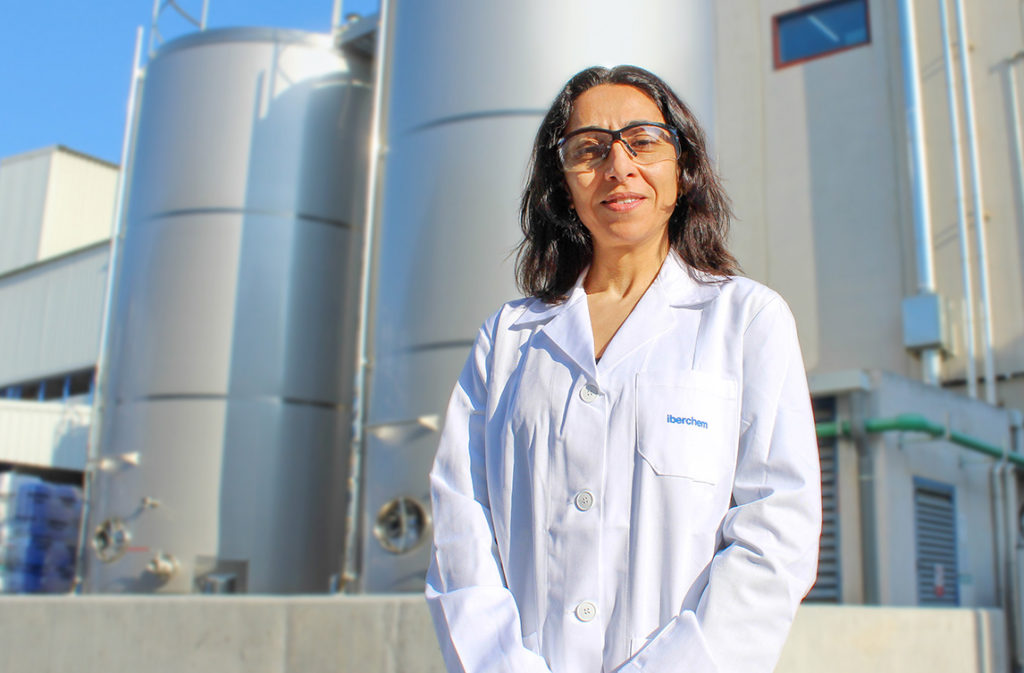 At Iberchem’s, women make up 54% of the workforce at the head office in Spain and 47% worldwide. In addition, more than half of the departments at the head office are managed by women, something that has long been the case for the company.

For Vanesa Rubio, Production Manager at Iberchem, the day she started working for the company was a life-changing moment. “Here, all departments are managed by the person who is the most qualified for the position, regardless of whether they are a man or a woman,” says Vanesa. For the past 13 years, she has been in charge of the production plant in Spain. The majority of workers in production are men; however, the plant is supervised by three women.

The 41-year-old chemical engineer recognises that her position is traditionally occupied by men. “The fact that the plant is supervised by three women tends to surprise people. Our main task is to optimise the use of resources, and also to plan and coordinate the day-to-day workflow. Personally, I don’t see what difference it makes whether this position is held by a man or a woman. However, what does surprise me is that people find our situation remarkable.”

Vanesa started working at Iberchem when the company was smaller. She applied for her current position directly and got the job after a selection process in which most of the candidates were men.

In her opinion, one of the reasons why there are fewer women in jobs traditionally occupied by men is because of the education system: “Perhaps women don’t consider positions like mine as they should while they are in school. To change this mentality, we need to address the situation whenever possible, for instance in the education and values we transmit to our children at home.

One of the most difficult situations she has had to face since she started working at Iberchem was last March, at the beginning of the COVID-19 pandemic. “It was a difficult time in many ways. Something I never expected to experience.”

Now that the worst part seems to be over Vanesa continues to lead the group’s largest production plant, which is responsible for manufacturing thousands of tons of fragrances per year to be exported to more than a hundred countries.

This year, to celebrate International Women’s Day, the Iberchem Group has organised an activity to help break gender stereotypes in professions and create awareness of this issue among younger generations. We invited our employees to share with their children and members of their family a colouring page illustrating women in jobs typically associated with men. Whether boys or girls, children need to know they can aspire to be whatever they want. 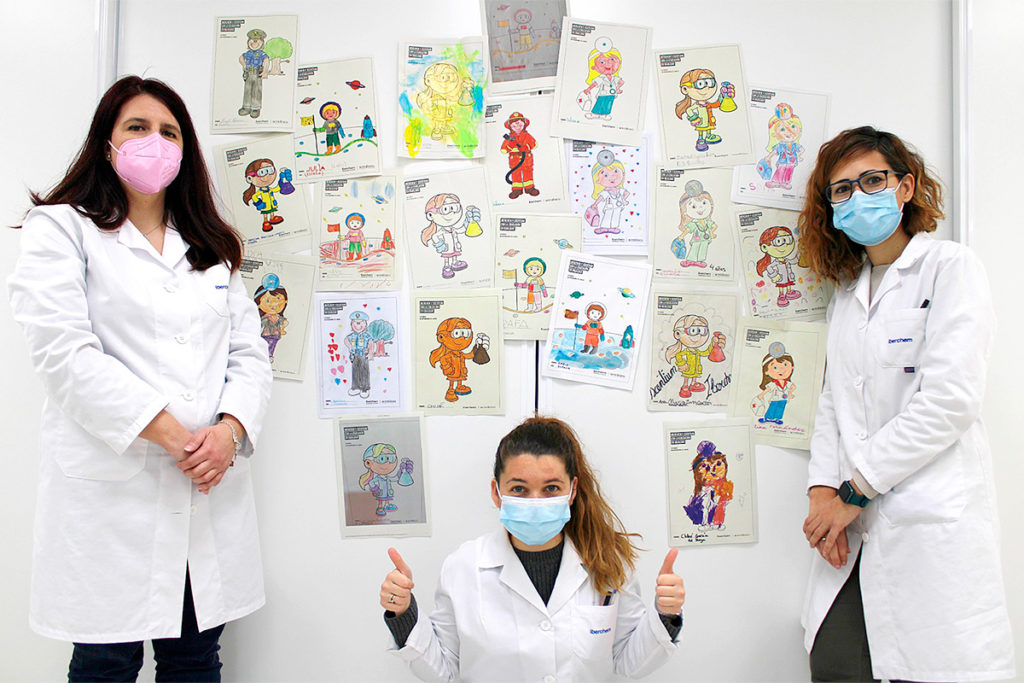 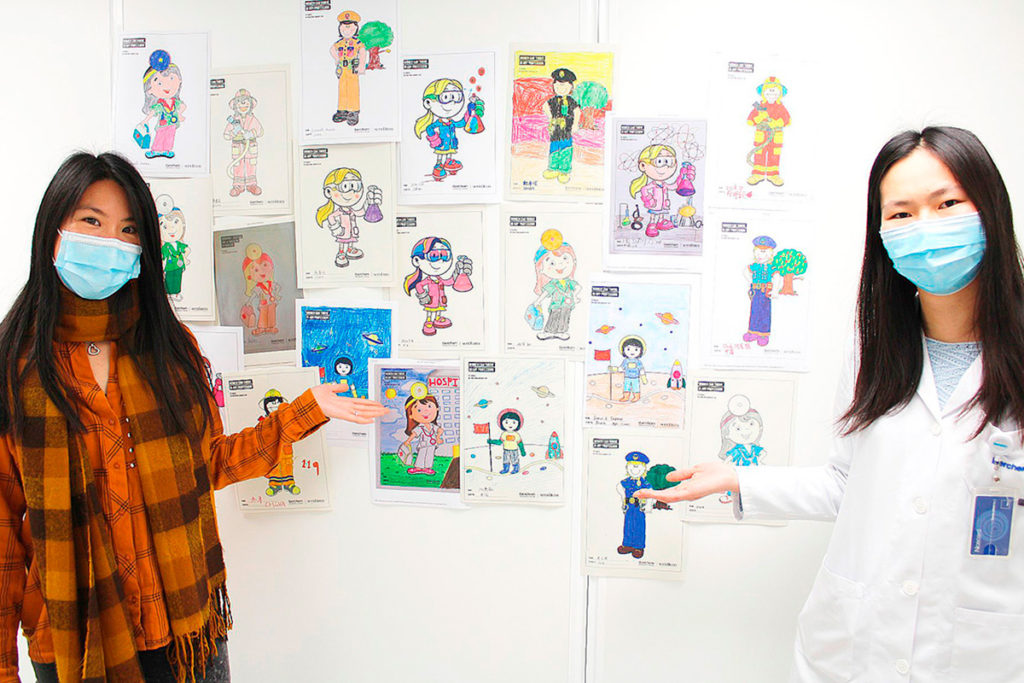 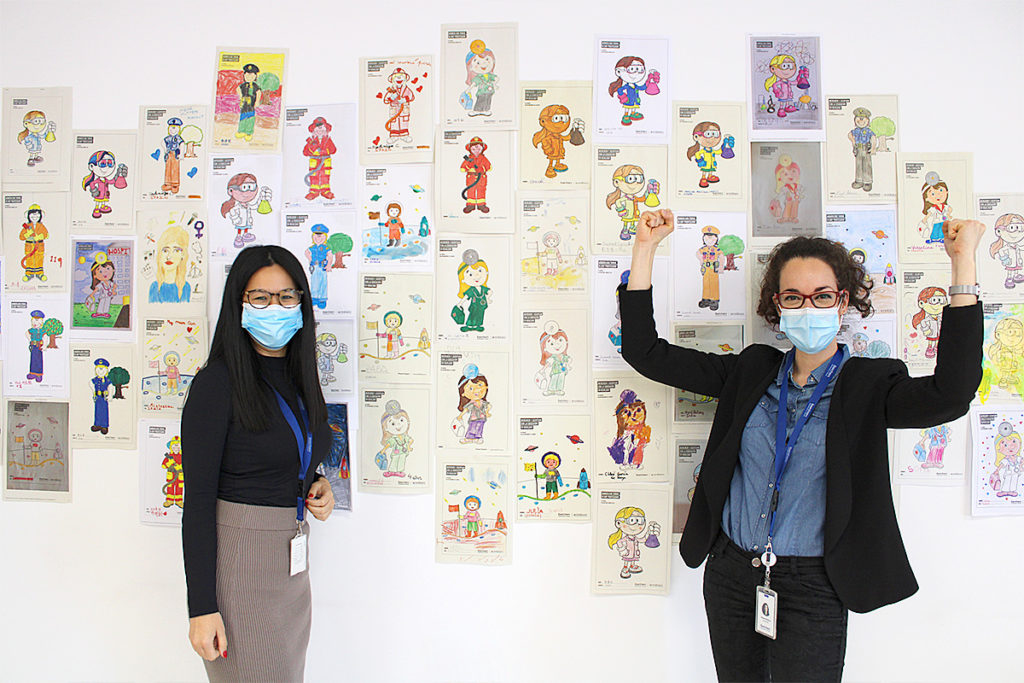